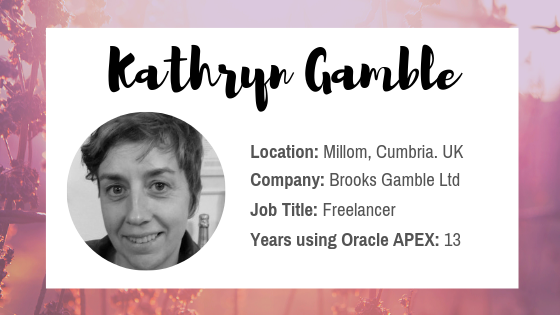 Did you start working in a company or your first step was being freelance? I worked as a geologist for 10 years (I had also studied some computer programming at university), with the last 5 years of that being in a data management role where I learnt about data modelling, unix and database administration. When the project was cancelled I was made redundant but decided to set up as a freelancer instead of looking for a permanent job. My husband was already working as a freelance (geologist) otherwise I may not have been so confident about working for myself.

Why did you decide to start working as a freelance? My job was made redundant when the huge project I was working on was cancelled by the government. I had been working as a geologist in data management, using Oracle, and decided there were more options available for my future if I were to work with data in general (as a DBA) rather than to look for work as a geologist. Also I preferred working with data – I think I was better at it than being a geologist ! My former employer needed someone to look after a scaled down operation for collecting and managing hydrogeological data and I did that at the same time as other database work for another company as a contractor. As a DBA I could work with lots of clients at the same time, I'm not sure that would have been so easy if I'd been an APEX Developer at the start as development work tends to be more project based.

You started working with APEX in HTML DB version, what was the more difficult to develop by that time? When I started with htmldb it was to provide a simple (and free) way to add functionality for an existing Forms 3 application without having to go to the 3rd party supplier. The work was done in pl/sql with APEX providing an easy to use interface for the users. APEX now is a lot easier to work with and the designer interface makes working with APEX so much faster but much of the work is still pl/sql. There's also a lot more information and help available now – the APEX community is great.

Do you consider your career would be highly different if APEX had never existed? I think I would have carried on being a DBA but where's the fun in that? I've used APEX for lots of things to make life as a DBA more productive ( and more interesting) so without APEX I'd probably be very bored doing repetitive tasks. If that were the case I would have probably looked for a more interesting sideline or some other way to get involved in application development.

What would be your advice for new freelances? Don't stop learning and keep your skills up to date. Make sure you always do more than is expected in whatever role you are in. Don't be afraid to pass on skills to other people – you won't lose work, you'll gain respect. Learn to switch off – I've not mastered that fully yet.

To keep in touch with Kathryn: 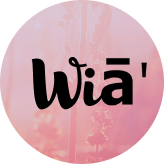